Christians Converted to Islam in the Modern Mediterranean World

Why I left the Far-Right…

END_OF_DOCUMENT_TOKEN_TO_BE_REPLACED

Probable Islamic Influence on The Presumption of Innocence

The historian Marcel Boisard states in his journal “On the probable influence of Islam on western public and international law”, published in the International Journal of Middle East studies[i]:

“It was above all the very high ethical standard of Islamic law that impressed the medieval West and provoked the development of a more refined legal thinking. This aspect is undoubtedly the most durable merit of Muslim influence, as illustrated by the administration of justice. Until the Crusades, legal procedure in the West consisted of “God’s judgments” by boiling water or by duel, or by “ordeal” during which people were burnt with red-hot irons or boiling oil and, if they survived, declared “not guilty.” In contrast, we have only to quote the instructions given by Omar in the seventh century to the Muslim judges to show what a chasm separated the two conceptions:

“Only decide on the basis of proof, be kind to the weak so that they can express themselves freely and without fear, deal on an equal footing with litigants by trying to reconcile them.”

END_OF_DOCUMENT_TOKEN_TO_BE_REPLACED

SHORT ANSWER: What exactly is the issue that some have with the Prophet (peace be upon him) and his marriage with Aisha (May Allah be pleased with her)? Quite simply, it is that she was allegedly a child when he consummated his marriage with her. But this assertion is wrong. She wasn’t a child. She was someone who was appropriately able to marry. This is the misunderstood point.

End of discussion. Next question.

“Wait, wait!” someone might say. “This isn’t a sufficient explanation!”

END_OF_DOCUMENT_TOKEN_TO_BE_REPLACED

Is Humanity Better Off Without Religion?

A brilliant debate. A must watch video. 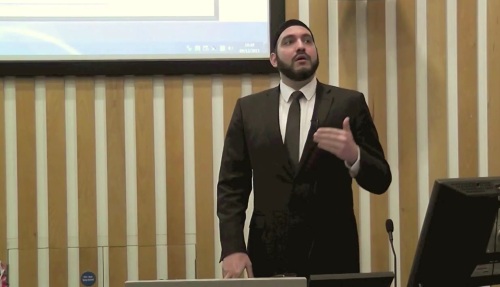 Filed under Education, History of Religions

The Hadiths Had It? Well, they Still Have It

A Few Words on Hadiths

The Hadith Tradition is a ‘common sense science’ or a ‘common sense tradition’ and is ‘one of the biggest accomplishments in human intellectual history… in its breadth, in its depth, in its complexity and in its internal consistency.’1

END_OF_DOCUMENT_TOKEN_TO_BE_REPLACED

“Eurocentrism cannot be found amongst the ancient Greeks or Romans, who did not identify with each other or with the tribes of Western Europe.  Romans thought Germanic and Celtic tribespeople were barbaric and inferior, owning them as slaves in Rome and depicting them as savages in art…

…After the fall of Rome, in one of the most remarkable cases of Stockholm syndrome in history, the conquered identified themselves with their conquerors and adopted Roman [and later Greek] history and identity as their own to make claims to power and lineage.”

The Crisis of Civilization

Now I have some thoughts on this. But I’ll keep it brief: END_OF_DOCUMENT_TOKEN_TO_BE_REPLACED

Filed under Easy-Guides, The Secular Religion of Modernity, War in Errorism