This video by Milahan PhilosophersCorner is going viral. It’s so profound and poignant that it’s surprising how well she truly touches the spirit of our Western-led age and its popular culture that appears seductive but in fact is sinister.

END_OF_DOCUMENT_TOKEN_TO_BE_REPLACED

Filed under The Secular Religion of Modernity

Characterized by or appealing to an abnormal and unhealthy interest in disturbing and unpleasant subjects, esp. death and disease.

END_OF_DOCUMENT_TOKEN_TO_BE_REPLACED

Trying to find that book for believers (and non-believers) both literary in style but Islamic in character and that deals with the challenge of Modernity?

Announcing the arrival of my first published book of poetry entitled, ‘The Poetry of ModWestMuse‘.

END_OF_DOCUMENT_TOKEN_TO_BE_REPLACED

What on Earth is Epistemicide? 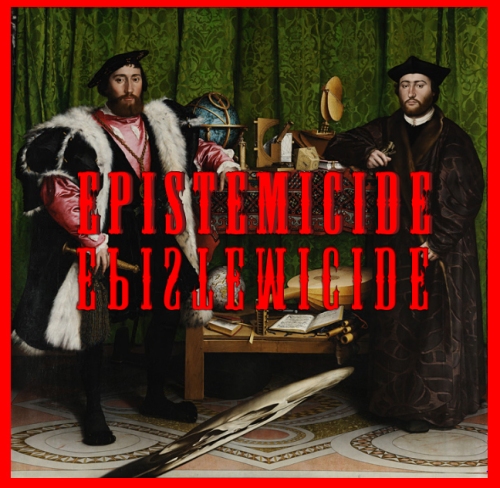 1. “The killing of other knowledge systems.” (cf. ‘Decolonization of knowledge, epitemecide, participatory research and higher education’ by Hall and Tandon (2017)).

END_OF_DOCUMENT_TOKEN_TO_BE_REPLACED

Why I left the Far-Right…

END_OF_DOCUMENT_TOKEN_TO_BE_REPLACED

Historian Dr Paula Fredriksen argues that the New Testament texts have often been read as antagonistic to Jews and Judaism due to the long history of Christian anti-Judaism. Paul too has been misread. Her conviction is that the Paul of history stands entirely within Judaism. Fredriksen makes the following insightful observations about Paul’s exalted Christology…

“The point behind singling out this project as a sample of contemporary Islamic philosophy is twofold. First, a number of contemporary scholars, Muslim and non-Muslim, claim that Islamic scholarship never developed a clear theory of ethics, though the sharia worldview is ethical in its entirety. A clear theory of ethics, rationally developed, is lacking in Islamic scholarship, however heavy is the ethical tone in the Quranic text. Scholars who put forward such a claim include Majid Fakhry, Fazlur Rahman, Mohamed Arkoun and Mohamed Abed Aljabri. Two brief notes can be developed as arguments against such a claim: one, there are various ways and disciplines that can embrace ethical teachings, and the first piece makes this point (Islamic philosophy I); two, ethical theories as understood in modern times is a new discipline that has developed after various socio-political and especially philosophical processes in Europe; ethical theories in the modern sense claim to replace classical religions and their rituals; they are part of the rationalization and individualization process of classical religious teachings; so, historically speaking, theories of ethics are a modern product, and the project to be referred to (Abderrahmane´s) is part of modern (Islamic) philosophy.

Second, philosophy has broadly been conceived of as a rational practice; reason is its norm. Not all philosophical traditions would agree on this, but seemingly none has gone so far as to dominantly establish another norm and to make it the strong equivalent, or opponent, of reason in this regard. George Hourani says that Greek and Islamic philosophies might be the two traditions that have discussed ethics most in pre-modern times, but such discussions seem to be marginal, compared to the place of reason within them. In both, ethics seem to come second, as a virtue to have, or a discipline among others, or something spoken about, instead of being the essence of the process of thinking, of philosophizing, or the heart of the matter. Still, Islamic philosophy, which is reconciliatory between reason and revelation, may be said to have prioritized ethics, that is why there is still a discussion about whether there is an Islamic philosophy or not. It has not prioritized reason, over revelation, nor has it elevated revelation and cancelled reason; it has often tried to reconcile them. That is why figures like Ibn Roshd and al-Ghazali seem to be pulled apart by different views.

Abderrahmane´s ethical theory, within the trusteeship paradigm he tries to re-build, brings anew this issue of ethics in Islamic philosophy. Mohamed Iqbal, who might be considered the first modern Muslim philosopher of this age (of modernity), only spoke of ethics in the Quran. His compatriot Fazlur Rahman pushed further the project, from a hermeneutical perspective. Other modern and contemporary projects also speak of ethics, without making of it their groundbreaking project (see Islamic Philosophy II). Abderrahmane appears to be so far the only leading philosopher of ethics in the Islamic tradition in particular, and modern philosophy in general. That is why he is singled out here as a sample of contemporary (Islamic) philosophy that sets ethics as the norms of philosophical practice, instead of reason. (I am putting “Islamic” between brackets because he heavily engages with modern Western philosophy in his construction of “trusteeship paradigm.”) Abderrahmane´s trusteeship paradigm modernizes a classical sharia paradigm, but that does not make it the only paradigm that claims links to the tradition.”