Paul Williams on the Early Jewish-Christians 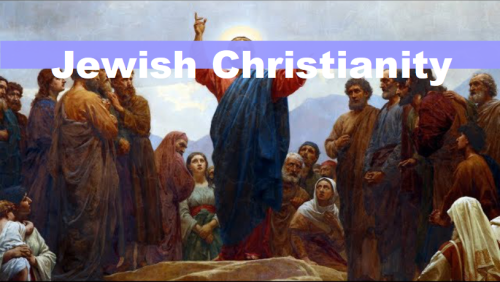 In the video HERE  An Introduction to the extraordinary similarity between early Jewish-Christianity and what Islam teaches is discussed… The original teaching that connects us to Allah, Most HIgh, is brought back in Islam.

In the Name of ALLAH, The Most Gracious, The Most Merciful

Top scholars are saying things (in this viceo HERE), more and more, about the gospels, the Bible and the historical Jesus (peace be upon him) that is directly at odds with what the (practicing) Christians believe. First, the Gospel writers do not claim to be eye-witnesses; the gospels are written in sophisticated Greek, whereas the followers of Jesus (peace be upon him) were illiterates; there is a degree of literary dependency across the gospels. Some examples are given of how the Christology changes from gospel to gospel: scholars distinguish between an earlier ‘human’ Jesus and a later ‘magical’ Jesus; they believe the earlier picture of him is more accurate. They believe he was a prophet, a Messiah, and an eschatological prophet – like the Old Testament Prophets. This strikes Muslims as familiar – because it co-incides with what the Muslims have always said abut him; this is yet another ayah (sign) of the miralce of the Qur’an.

The New Testament contains forgeries (in this video HERE). A ‘forgery’ is intended to deceive. How can there be forgeries in the New Testament? Look at the letters of St Paul. Some are his. But there are some that are very dubious (i.e. 1 Timothy; 2 Timothy, Titus). They have a different tone and structure. Scholars have acknowledged this.

They used to say it was a tradition to write in the name of another. It was an acceptable convention in scholarship. However, what’s happened is there has been a breakdown of this assumption. Bart Ehrman has written a book, called, ‘Forgery and Counterforgery.’ He says (amongst others things): he looks at this assumption that  it was an acceptable convention to write in someonee else’s name in the ancient world. A Bishop caught his acolyte forging and the reason the acolyte gave was: ‘For the love of Paul’. Ehrman actually found evidence that everytime a forgery was discovered (as above) – such forgers were condemned because of their intention to deceive the reader.

A far more serious example is the second letter of Peter. It claims to include eye-witness testimony. But even conservative scholars know this is a lie. This letter is a made up story. This is widely accepted (except in Fundamentalist circles). Even Eusebius classifies it as doubtful.

Paul William’s thoughts on the ‘People in the Pews’ (in this video HERE): They aren’t really aware of what the pastors and priests who were taught under the scholars, know. This information is not passed on. This is an intellectual scandal. Why is this?

It is difficult for Christians to assess which words were truly from Jesus (peace be upon him) and those that are not because they do not have the appropriate filter (al-Furqan – Criterion – Qur’an) to naviage their way through.

‘The Jesus Dynasty’ by James Tabor (in this video HERE): Who succeeded Jesus? His brother: James. Simeon succeeded James. This contrasts with the catholic version of events. However, what happened? In the second century (CE) this original type of Jewish-Christianity was wiped out by the Romans. To the point that the Jews, themselves, were exiled and banned from returning to Jerusalem. This lasted until Umar, (May Allah be pleased with him) the second Khalifa of Islam, invited them back.

(Paraphrase from New Jerome Biblical Commentary): “Jewish Christianity actually died out and was re-born as Islam” in the sixth century (CE). This is because it is from the same ultimate source: revelations from Allah, Most Sublime.

Mostly Christians are the top scholars of the New Testament. (See this video HERE) A criticism by Christians: Why do we not engage in historical criticism of the Qu’ran when we do with the Bible? Paul Williams makes the claim that the Bible is a collection of books that were written by men over a thousand years. Many of the writers did not even claim their writing was ‘holy’. Although there were some books that are ‘qur’anic-like’ (like Jonah). The Qur’an is a single book and it was revealed to Prophet Muhammad (peace be upon him – i.e. there are no anonymous surces). It is either a revelation from God or it is not. If it is – then you can’t practice the same type of criticism as on Paul’s letters.

However, I would add that scholars (Muslims and non Muslims) have analysed the Qur’an (its historicity) already. In the past and currently.

The Muslims themselves began the historical study of the Qur’an.

The issue is as follows: what are you bringing with you in your analysis? That is, if there is no objective standard, then historical criticism will use the subjectivity of ‘nowadays’ as the standard – which is flakey. Therein is the problem. Especially as the Qur’an regards itself as ‘al-Furqan’ (the Criterion) to judge all other religious dispensations (and non religious worldviews). “Highly blessed is He, Who has sent down Al-Furqan to His servant so that it may be a warner to all mankind.” (Qur’an 25:1) And “Surely We have sent down to you The Book in truth that you may judge between mankind with that which Allah has shown you.” (Qur’an 4:105)

By what Criterion would you judge God’s Criterion?

The idea of a Muslim ‘critiquing’ (which implies deriding it) God’s Words (as a believer) is not favoured because that implies us (as finite beings) judging Allah (The Infinite) which is a flawed project (and blasphemous). But to analyse (a neutral term) His Words is different, (which has already been done, indicated above).

All this is different to critiquing St Paul’s words.

Here Paul Williams explains why he believes Muhammad (peace be upon him) is a prophet of God. He studied biblical prophets – and he feels that what the Islamic Prophet taught was similar to Isaiah, Micah and indeed Jesus (peace be upon them): The interior (the intention, niyyah) as well as works was important.

So if he accepted Jesus being sent by God, why did he not accept Prophet Muhammad (peace be upon him)?

“He had the attributes, the character, the teachings, the gravitas,  the wisdom, the beauty and he brought a revelation aswell…”

He recognised a “spiritual, kindred spirit” – and this differs from the other supposed (false) prophets, like Joseph Smith.

This last revelation – the Qur’an – is a class of its own. 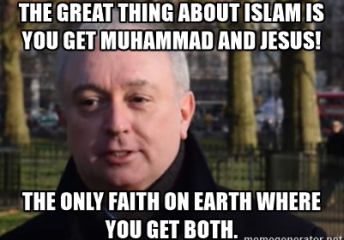 Exalted be your Lord, the Lord of Glory, above what they attribute to Him, and peace be upon the Messengers, and all praise be to Allah, the Lord of the Universe. And the peace and blessing upon prophet Mohammed and his relatives and all his companions.