The Post-Revelatory Age and its Discontents…

1. The End of the Revelatory Age

There is an account that tells us how the Companions of the Prophet (s), Abu Bakr and Umar (r), visited a woman who was crying after the Prophet (s) had died.  After trying to console her by saying the Prophet (s) was in the better place in the Afterlife than this worldly life, she explained that with his death, that sublime link to God that our Prophet (s) was graced with (vis-a-vis revelation – a portal of communication from the divine) – had now ceased – forever – in our mortal life-times. On hearing this, both Abu Bakr and Umar (r), realising the significance of her words, joined her in a flood of tears.1

But wait! When we hear of this account, we believe we too understand the significance of her words. We assume – ‘Yes I got it! I understand. This account is simply relaying how where once God spoke to the Prophet and thereby to the Companions of the Prophet, at the time – and so indirectly to us… well, now, that is no longer the case.’

Yes? No? This explanation actually adds nothing to the sheer magnitude of what had just happened. Think for a moment… END_OF_DOCUMENT_TOKEN_TO_BE_REPLACED

The ‘Informed’ and ‘Expert’ Way of Writing Islamophobically about Islam 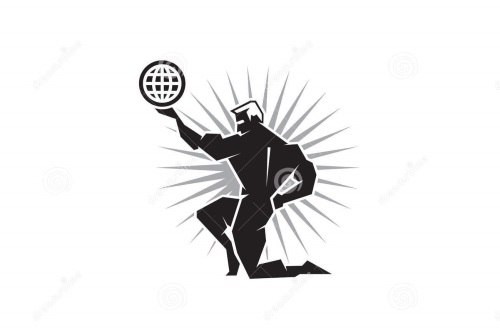 I think I ought to start my own “Atlas Shrugs”-type website, dedicated to exposing Russia, its literature, history, and religion.

I’m as well qualified as Ms Geller. I don’t have any Russian to speak of, and what little I had I’ve largely forgotten. But, and here’s the cruncher, I read a bad English translation (from a French translation) by Clara Bell of Count Lev Nikolayevich Tolstoy’s “Voyna i Mir” (War and Peace) back in the 1960s, and I saw one or two episodes of the BBC TV series “War and Peace” (Anthony Hopkins as Pierre) in the early 1970s.

So, like all those people who have no Arabic and have never really read the Quran and hence their ability to tell the world about Islam and Muslims, I’m eminently qualified to pontificate about Lt Col Vladimir Vladimirovich Putin KGB (retd), the Russian Orthodox Church, Russian attitudes to the Far East and Eastern Europe, and late 19th Century Russian literature about the Napoleonic War.

It should be a bust. All sorts of people who also know bugger all about Russia will be quoting me. I’ll become the main source of knowledge about Russia for the members of various British political parties. I might even get the French to expel all Russians and people with Russian surnames,… and ban the wearing of the ushanka.

Incredible New Manuscript Discovery Attests to the Preservation of the Qur’an.

For those (religionists/non-religionists) interested in Truth – please consider and process the implication that only one of the revealed holy books that we possess currently has been (secularly/historically) verified to be entirely consistent with the one given to its respective Prophet: The Old Testament, the New Testament or the Qur’an?

Many Prophets, One Message

God Almighty blessed His final revelation, the Qur’an, with something that was not bestowed on any of the prior Scriptures, by promising to protect and preserve it from any corruption. You might be wondering, how can such a bold claim be true in light of what we know about the consistent and unfailing corruption of previous religious Scriptures throughout history?

Muslims today have no doubt about the perfect preservation of the Qur’an. The primary means of preserving the Qur’an has, and always will be, through memorisation. We have an oral tradition of memorisation spanning nearly 1,500 years that has seen the Qur’an being passed down from teacher to student in an unbroken chain going all the way back to Prophet Muhammad himself, peace be upon him. You can read…

Early Islam and the Birth of Capitalism

“… The spread of Islam also was a breakthrough for capitalism and globalization. This is hardly surprising, considering Islam is the only world religion whose founder had a background in business and came from a long line of merchants…” Read more of Benedict Koehler article on ‘Early Islam and the Birth of Capitalism”, here.

This lecture, given by the historian and former banker, Benedikt Koehler, actually begins from 7:00.

Controversial? No. Not really. Although it depends on what we mean by ‘Capitalism’. I’d remind the reader that ‘Interest’ (Usury) and ‘exploitation’ is strictly forbidden in Islam, so if you’re able to conceive of a capitalism without this, you might be closer to the genius of the Prophet’s revealed way… END_OF_DOCUMENT_TOKEN_TO_BE_REPLACED