On how Identity can Mind-Lead you away from Truth 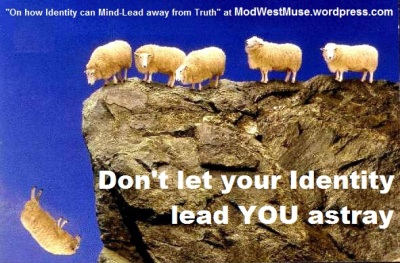 Often the ‘truth’ in what someone says (with mouth)

Is unheard (by ears),

When we see (with eyes)

The speaker is not of our own kind (with our minds, closed). 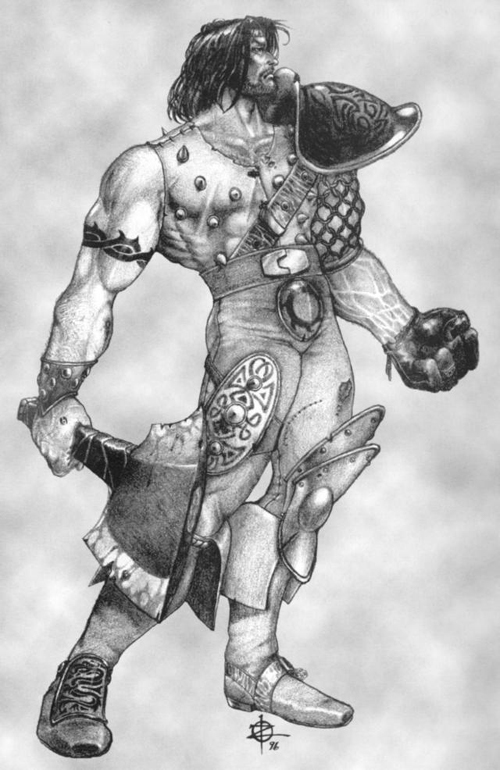 Question: what is one’s ‘kind’?

The word ‘kind1‘ is closely related to ‘Kin2‘ – a familial relationship. This appears to be a genetic, ethnicity-based definition to identity. So presumably ‘being kind3‘, that is ‘being good’ actually is good because it is as though you are treating others (of your own kind) as you’d want yourself to be treated – in a good, ‘kindly’ fashion. So even this word with moral overtones of ‘goodness’ implies a racial, cultural bias. Be aware of this.

But this version of ‘kind’ though possessing linguistic, ancestral roots – it is, nonetheless tied to a type of untruth or barbarism. Let me explain: it is a Jahalia4-based definition and not a truth-based definition (the latter is at once revelatory, rational, and humane). What do I mean?

Consider this: at first glance, we might believe ‘our kind’ is ‘our people’ (using the ethnic definition, as above) – as if everyone in ‘our family’ all share the same values, the same way of doing things, which, by extension, is what we (at first glance) call ‘our culture’, ‘our traditions’. Have you not noticed that everyone in our own family do not necessarily think exactly like each other. That is to say oftentimes people within the same family can have widely ranging – even opposing values, ways of doing things that they believe is true and right. So within an apparently genetically-defined family or tribe, there are differences in ways, values – and by extension the possibility, inevitability and reality of different traditions, cultures, sub cultures…: different ‘kinds’.

The fact is that what constitutes our ‘kind’ resides not in blood. But resides in mind5. That is, we imagine our kind to be grounded in our blood (and believe in the existence of our shared ethnicity-based group). Those who believe ‘our kind’ to be an in-group member based on an ethnic, cultural definition have ‘closed‘ their minds to all the extensive and substantial internal differences in reality and imagine their definition, their version, to be authoritative (and go on to maintain this imagining).

‘Our kind’ is actually those we, mind-fully – mutually share with; it is not restricted by blood, genetics, ethnicity: it can only be recognised as such by keeping our minds open. 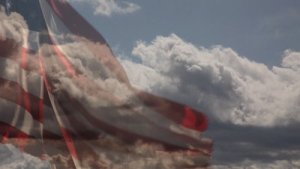 So, is there a way to truth that is not based on or directed by “identity politics”?

The problem with the closed-mind definition of identity, based on ethnicity, is that there is no hard, true basis (Truth with a capital T) to it. Morality on the plane of culture therefore, leads only in two directions: a relativism (multiculturalism), or a totalitarianism of one (imagined) cultural point of view (mono-culturalism) which is construed as ‘standard’, the ‘normative’ point of view.

The way out of the impasse?

What we require is an inter-cultural (and intra-cultural) perspective: each culture is permitted, is willing to ‘talk’ to the other, and the other is permitted, is willing to be attentive, ready to dialogue, to exchange ideas: a two-way process. It does not follow that a manufactured and false synthesis be followed either. Only this environment to communicate, to co-operate is necessary. In such an environment can truth be readily expressed so it be readily recognised as such. 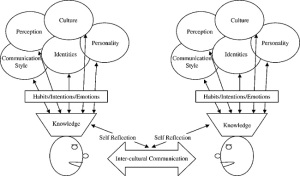 Simply being aware of this dynamic will allow an open attitude in our appreciation of the ‘truth’ of what others say without rejecting such statements out of hand, before even understanding it, before even hearing it.

The ‘Truth’ in what someone says (with mouth)

must be first heard (by ears),

then positively and critically considered (with mind’s eye)

regardless of whether the speaker is – or is not – our kind (with our minds, keenly open).

The knee-jerk reaction of not liking what we hear because of the identity of the one speaking rather than the truth of what is being said is the grossest of small-mindedness and barbarity. The watchword here is ‘the truth of what is being said’ and not ‘the mere saying of an alleged truth’. The former is the term on trial. That is to say, what is meant is not that we should accept as true anything claimed to be true simply because someone from an ‘other’ culture claimed to be saying the truth. It is not small-minded being positively critical (to consider) in a bid to ascertain the validity of the ‘truth’ uttered. Rather I comment on the readiness to listen to alternative voices rather than keeping to the parochialism of one’s (imagined) usual, oft-repeated point of view.

Believing something to be true because of one’s identity does not validate the truth of that belief.

This is the justice that must be exacted (which is also sanctioned by Islam when addressing any or all believers of Al-Haqq (Truth) or God6) on the journeyman’s travels for and to Truth.

A final comment on what to do in the event that one is not convinced with the others’ truth-claim being discoursed?

In an intercultural form of communication, what is proposed is the notion that people are free to keep to their groupings – whether they are based on truth or not. Cultures must be respected and allowed to operate within their own parameters as much as possible7. This does not mean they are to be uncritically ignored and thereby un-discoursed. But one culture cannot be singled out to be challenged without others being so. None is exempt from sitting on the defendant’s dock when truth is at stake.

How can Identity mind-lead you away from Truth? When the ‘we’ of the ‘me’ and ‘my’ is not even considered for a ‘lie’. 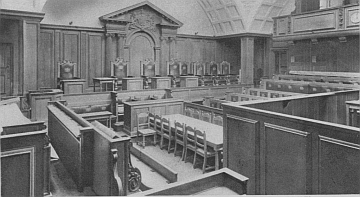 3 “friendly, deliberately doing good to others,” from Old English gecynde “natural, native, innate,” originally “with the feeling of relatives for each other,” from Proto Germanic *gakundiz “natural, native,” from *kunjam (see kin). Sense development from “with natural feelings,” to “well-disposed” and “benign, compassionate” (c.1300). (etymonline.com)

4 ‘ignorant’ – from the ‘time of ignorance’ equating ‘pagan’ and ‘superstitious’, that is to say ‘pre islamic’ as ‘barbaric’, ‘backwards’ – a kind of ‘common non-sense’. “The root of the term jahiliyyah is the … verb jahala “to be ignorant or stupid, to act stupidly”.[3]” Note, ‘jahala’ does not imply ‘primal’, ‘original’, ‘instinctive’, ‘intuitive’ or ‘natural’. This is in fact reserved by the term ‘fitra‘ which is the innocent, ‘inclined to good’ nature we are born with as children; that is ‘common sense’. The root of this word means “to originate.” Some might believe the term ‘barbaric’ is more akin to the former list of characteristics, but this is incorrect; rather ‘barbarism’ is, at best, learnt in a ‘picked-up’ kind of way – nurtured, construed and entirely ideational.

5 A brilliant account of this can be found in Benedict Anderson’s “Imagined Communities”.

6 “O you who believe! Stand out firmly for Allah and be just witnesses and let not the enmity and hatred of others make you avoid justice. Be just: that is nearer to piety, and fear Allah. Verily, Allah is Well-Acquainted with what you do.” (Qur’an 5:8)